Multiple benefits derive from salmon, as well as from Salmon Restoration in Washington State. Learn more in our PDF “What is Ecological Restoration?” Salmon are an iconic species found throughout Washington. They play a significant role in what makes Washington unique. Revered by Tribes, highly sought by fishermen, restaurant chefs and home cooks alike, they are an important driver of our state’s economic engine. Here’s how:

According to the Washington Department of Fish and Wildlife, reports indicate that commercial harvest and wholesale fish sales generates $1.4 billion annually for Washington State’s economy, with 14,000 associated jobs for fishermen, seafood stores and others. Millions of dollars worth of fish from the North Olympic Peninsula’s Northwest Coast is sold to Puget Sound restaurants and stores from fishermen affiliated with the Cape Flattery Fishermen’s Co-op at Neah Bay.Sport fishing pumps $1.1 billion into our state’s economy with an additional 14,655 jobs associated such as fishing shops, motels, restaurants, gas stations and sporting goods stores. Wildlife observers, including hikers and photographers on area rivers and shorelines; pump another $1.5 billion into our economy with 26,000 jobs associated with such. 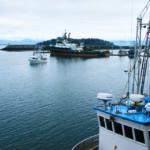 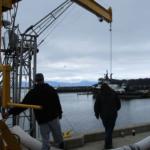 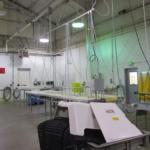 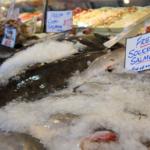 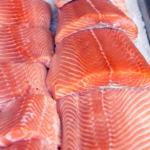 Salmon Restoration in Washington State Works! It works for the fish and the restored watersheds but it also works for people. Salmon restoration is part of the green economy. Those employed to develop, design, engineer and construct salmon projects have so-called green jobs that contribute to restoring and protecting our environment. These jobs, and the public and private funds supporting them, are particularly important in rural Washington counties where unemployment remains much higher than in urban areas like Seattle and Tacoma. Some of the employees involved in restoration work had been displaced after downturns in the fishing and timber industries.

A good example of how these funds benefit local workers is the Elwha Klallam Tribe’s Restoration Crew. According to an article by the Northwest Indian Fish Commission, in the mid 90s as the Tribe was starting river restoration projects, Mike McHenry (then the Tribe’s Habitat Biologist & now their Restoration Manager and also a member of the Lead Entity’s Technical Team;) had the foresight to hire a crew, rather than contractors. The crew’s first foreman was a former logger who lost his job due to changes in the timber industry. One restoration job led to another and the Tribe’s Restoration Crew has been ongoing ever since. The Crew has worked year-round on more than 50 restoration projects, valued at millions of dollars; and done projects in just about every river and creek in the tribe’s usual and accustomed fishing areas. They have corrected fish passage barriers, planted riparian vegetation, constructed large wood log jams, removed old logging roads and did much of the pre-restoration work and construction of log jams needed prior to removal of two massive fish-blocking dams on the Elwha River.The Tribe’s Restoration Crew continues working under the guidance of Elwha Crew Leader Jim Bolstrom. They are living wage jobs and McHenry said the Crew is proud of the work they do restoring area watersheds with significance to the Tribe. According to the 2016 State of the Salmon Report, every $1 million spent on watershed restoration results in an average 16.7 jobs and 80 percent of the funding stays in the county where a project is located.

In addition, much of the protection and acquisition of needed salmon habitat increases public access to marine shorelines and area rivers for recreation. Approximately $21.6 billion was spent annually in Washington on recreation trips and equipment, according to the first comprehensive analysis of the recreation economy in Washington requested by the Legislature and completed in 2015. The Report notes that “Washington’s outdoor recreation is a driving force for the state’s economy, creating jobs and building rural businesses. It is also a way of life in the Pacific Northwest.” (www.rco.wa.gov/documents/ORTF/EconomicAnalysisOutdoorRec.pdf) 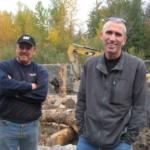 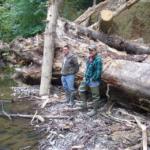 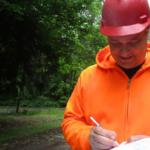 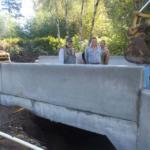 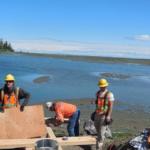 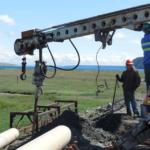 A major reason why salmon are in trouble is much of their habitat has been destroyed or greatly impacted by human development. Salmon benefit when the habitat they need to lay eggs, rear young and make their way to the ocean is restored. Our freshwater rivers and salt waters are salmon’s only home. When healthy fish habitat abounds, generally the fish do as well. This was detailed in a recent article by the Northwest Indian Fish Commission entitled “How Bad Habitat Leads to You Not Fishing“.

When rivers function as nature intended, they include floodplains which allow rivers and flood waters room to move, plus large, riparian buffers whose trees shade streams keeping temperatures cool for fish. Those vegetated banks also allow trees to naturally topple into streams, which adds needed wood into rivers that provides places where young salmon can rest and hide. These healthy, functioning watersheds can better handle flood waters which benefits area landowners. Healthy rivers and marine areas are more resilient as we face warming temperatures, sea level rise, drought and increased forest fires. When landowners use native vegetation and soft shore armoring (versus dumping large boulders and rip rap on the shoreline) along marine waterways, benefits also accrue for not only salmon, and the smaller fish they feed on but people benefit as well because typically those methods help grow their beach by collecting sand and sediment moving through the water.

A good example of this is the area at the mouth of the Elwha River. For decades the river and surrounding areas have been deprived of sediment because the two dams on the Elwha prevented sediment from moving through the river. Following dam removal, a large amount of sediment has moved through the river and out along the Strait of Juan de Fuca nearshore. This has formed significant amounts of new beach area habitat along the river mouth. Chinook salmon are the favored food choices for endangered Orcas and are also eaten by eagles, other sea birds, seals and bears, so it is clear that increasing our Chinook and other salmon runs provides a direct benefit for those species as well. 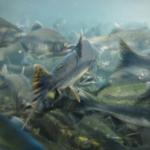 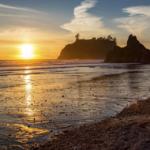 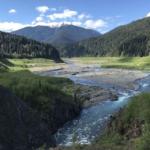 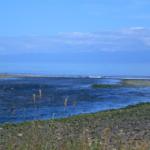 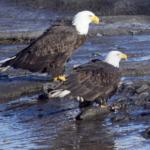 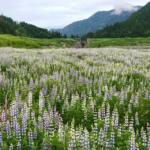 Salmon restoration and protection projects also result in increased access to area rivers and shorelines and more outdoor recreation opportunities on the North Olympic Peninsula. When lands are acquired from willing sellers with public funds to be used for salmon restoration and protection actions, public access is given to those lands. As a result, there are increased recreational opportunities such as hiking and bird watching following acquisition of properties from willing landowners at River’s End near the mouth of the Dungeness, and marine shoreline access at the WDFW owned property in the Three Crabs area along the eastern Strait of Juan de Fuca following a large scale restoration completed in December, 2016 by the North Olympic Salmon Coalition. On the west side of Clallam County along the Strait of Juan de Fuca, there is now access to an overlook and floodplains newly opened following removal of two major dams along the Elwha River, and at the Lyre Conservation area just outside of Joyce. Further west there is access to the Pysht Recreation area where a home was removed and vegetation restored along the Pysht River Floodplain. Both the Lyre and Pysht project areas were acquired and restored by the North Olympic Land Trust, in partnership with the Elwha and Makah Tribes; with public dollars from the Puget Sound Partnership, WA Recreation and Conservation Office, the Estuary and Salmon Restoration Program, and with support from North Olympic Lead Entity for Salmon. 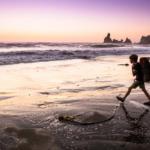 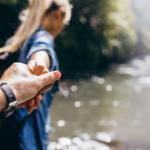 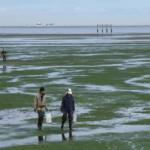 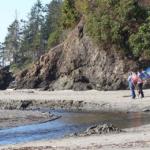 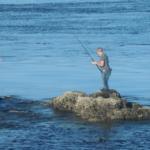 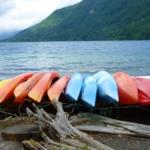 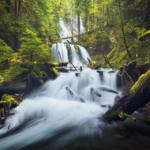 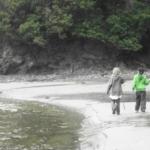 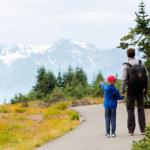 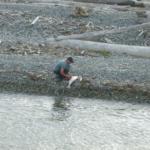 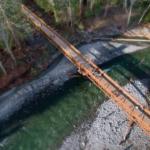 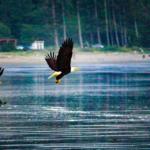